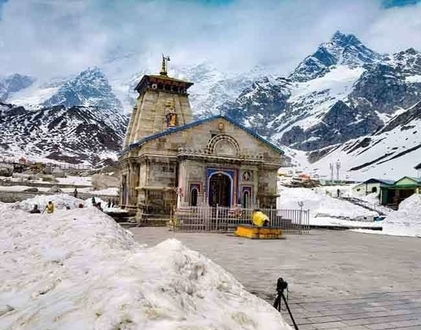 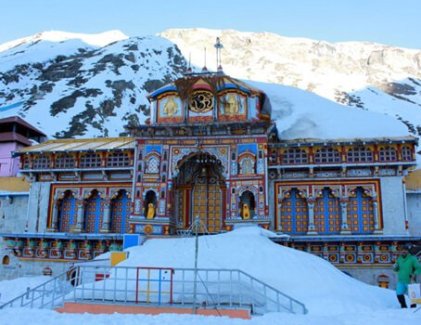 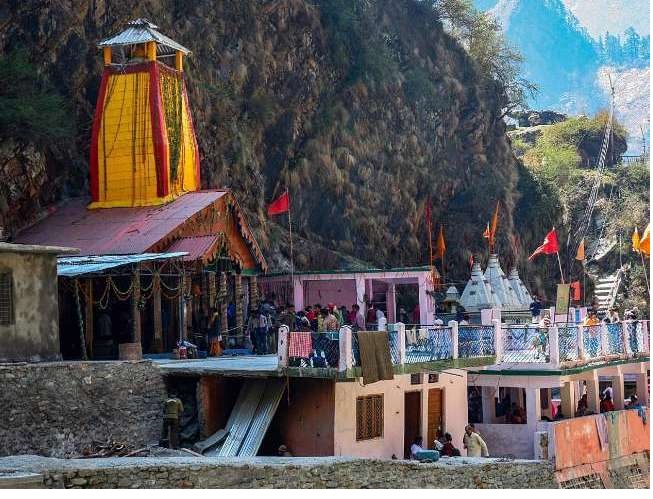 Haridwar : Haridwar, lying at the feet of Shiva’s hills, i.e., Shivaliks, in the Haridwar district of Uttaranchal, is a doorway. Suryavanshi prince Bhagirathi performed penance here to salvage the souls of his ancestors who had perished due to the curse of sage Kapila. The penance was answered and the river Ganga trickled forth forms Lord Shiva’s locks and its bountiful water revived the sixty thousand sons of king Sagara.

In the traditional of Bhagirathi, devout Hindus stand in the sacred waters here, praying for salvation of their departed elder. It is doorway to the sources of the Ganga and the Yamuna, 3000 to 4500 meters up into the snowy ranges of the central Himalayas. The ‘Aarti’ worship of the Ganga after sunset and the floating ‘dia’ (lamp) is a moving ritual.

Yamunotri Temple : Maharani Gularia of Jaipur built the temple in the 19th Century. It was destroyed twice in the present century and rebuilt again.

Surya Kund : There are a Number of thermal springs in the vicinity of the temple, which flows into numerous pools. The most important of these is Surya Kund.

Uttarkashi : Situated at the bank of river Bhagirathi. The temple of Lord Vishwanath is located here where a massive iron trident is erected. The other important temples situated here are Ekadash Rudra, Bhairav, Gyaneshwar and Goddess Kuteti Devi.

Day 05 : Uttarkashi – Gangotri – Uttarkashi (100 Kms. per way)
Early morning drive to Gangotri and on arrival take a holy dip in the sacred river Ganges, also called Bhagirathi at its origin. Perform Pooja after that and relax for some time in the lovely surroundings, afternoon drive to Uttarkashi, on arrival check into the Hotel.

Guptakashi : is located in the Northern Himalayan belt within the Mandakini river valley, which has lush green forests. A number of streams and rivulets drain into the main Mandakini River. It has salubrious climate with its elevation being around 1,319 meters (4,330 ft). The snow sparkling view of the Chaukhamba peak is a lovely sight to behold in the morning hours from here. The valley has large magnolia trees (locally called Champa) that provide a sweet scented atmosphere to the place.

Kedarnath : is a majestic sight, standing in the middle of a wide plateau surrounded by lofty snow covered peaks. The present temple, built in the 8th century by Adi Shankaracharya, stands adjacent to the site of an earlier temple built by the Pandavas. The inner walls of the assembly hall are decorated with figures of various deities and scenes from mythology. Outside the temple door a large statue of the Nandi Bull stands as guard.

Tapt Kund : Natural thermal springs on the bank of the river Alaknanda, where it is customary to bathe before entering the Badrinath temple.

Narad Kund : A recess in the river, near Tapt Kund, forming a pool from where the Badrinath idol was recovered.

Mana Village : Inhabited by an Indo-Mongolian tribe, it is the last Indian village before Tibet.

Bhim Pul : On the other side of Mana village, a massive rock forming a natural bridge lies over the roaring Saraswati River. It presents a spectacular view of water thundering down through the narrow passage under the rock and is believed to have been placed there by Bhim, the second eldest among the five Pandava brothers.

Vyas Gufa (cave) : Near Mana Village, this is a rock-cave where Ved Vyas is believed to have composed the Mahabharata and the pauranic commentaries.

Srinagar : is a small town situated on the banks of Alaknanda River along the National Highway No. 58(Delhi to Mana). It is the base camp for the pilgrims going for Char-Dham-Yatra that covers Badrinath, Kedarnath, Yamunotri and Gangotri. The town was originally the capital city of The Gharhwal Kingdom and one of the main centers of commerce and culture in the past. Present status of Srinagar Pauri Gharwal is that of a busy commercial, education and cultural hub of the state. 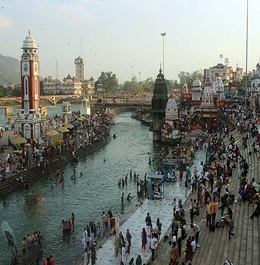 Hairdwar town is the gateway to the abode of Gods. The mythological and religious importance of Hardwar is well
known....
See More 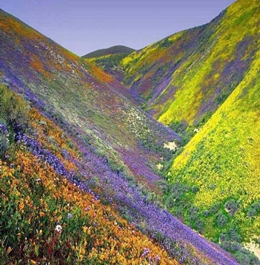 “Valley of Flowers” is the name of the Himalayan area in Uttarakhand state in India. In 1931 the English mountaineer Frank Smythe....
See More 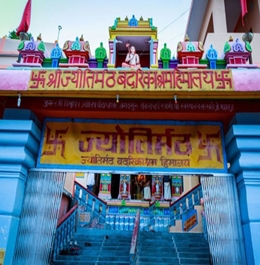 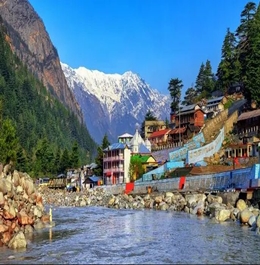 The town of Uttarkashi is known for its pilgrim importance. This north Indian tourist destination is situated on the banks of Bhagirathi River ...
See More 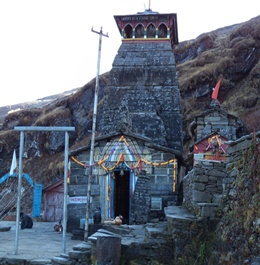 As the legend goes... in the mahabharat, while on their Himalayan Pilgrimage, the Pandavas decided to pay Homage to Lord SHIVA. But Lord Shiva was not interested
See More 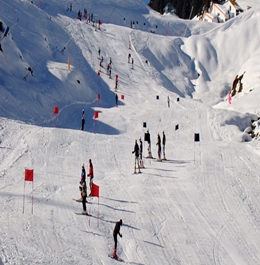 Auli is nestled in the lap of the snow-capped peaks of Garhwal Himalayas in the Chamoli District of Uttarakhand, near the world famous religious shrine..
See More
0 +
TOUR
0 +
TRAVELERS
0 +
BOOKING
0 +
SERVICES

Chardhamtourpackages is a well-known pilgrimage and touring company in India. It is comprised of a team of professionals that have many years of experience in the tourism sector and we specialize in yatra tour.